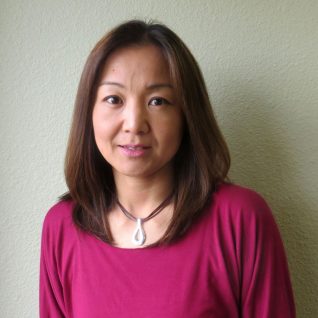 Hiromi Ozawa, DPT, CSCS, NCPT, is a California Licensed Doctor of Physical Therapy, Certified as a Strength and Conditioning Specialist and a Nationally Certified Pilates Teacher. She received a Bachelor of Science degree in Kinesiology, with a concentration in Human Movement from San Francisco State University and a clinical doctoral degree in Physical Therapy from Loma Linda University in 2004. While earning her degree, she contributed to several published studies related to balance and biomechanics.

Hiromi was a nationally competitive softball player in Japan when she was in high school where she became interested in the field of physical therapy due to several injuries. With her strong background in Biomechanics and Kinesiology combined with her years of experience as a physical therapist, she has helped many of her patients with issues ranging from orthopedic related injuries to neurological problems, by using Pilates based Physical Therapy.

Using her clinical experiences, she created a unique system called the “Keen Healthy Movement System®” to treat her patients at Nexus. This system looks at the pain and dysfunction from alignment, soft tissue symmetry and movement instead of localized diagnosis based.  It is accomplished through an individualized basis by analyzing the entire body and unique movement patterns of each person.  She has treated a substantial number of patients with spinal dysfunctions from a wide age range, from young athletes to geriatric. Her philosophy is to find the balance between mobility and stability through manual therapy and strengthening to restore optimal movement and health.

After establishing Nexus Studio of Monterey, Inc in 2011 she has provided a care for patients with complex medical challenges and realized that a more comprehensive approach, including integrative medicine, regenerative therapy, is needed to bridge the patients from injury/illness to wellness. This idea has led her to associate with several like-minded medical professionals. She established Salutem Bio-Performance, Inc. a Precision Medicine clinic to provide patients with a comprehensive system to optimal healing, wellness and aging.

She enjoys skiing, hiking, and golfing with her husband and relaxing by the fire on cold days.

Erin Gamble is a Licensed Physical Therapist Assistant, a Registered Clinical Exercise Physiologist, and a Nationally Certified Pilates Teacher. She is also a certified nutritionist.

Erin played numerous sports throughout high school and college and became interested in the study of human movement. After obtaining her bachelor’s degree in human biology from Scripps College in Claremont, California, she received her Physical Therapist Assistant License and worked in Physical Therapy Clinics in the Bay Area. Her curiosity in human movement and exercise led her to the University of North Carolina at Chapel Hill to advance her education, receiving her master’s degree in exercise physiology. She conducted research looking into weight training in women and its effects on insulin levels as a research assistant. After working as a Registered Clinical Exercise Physiologist, developing and leading exercise programs for people with chronic health conditions in fitness centers and weight management programs, Erin continued to investigate ways to best help her clients move and exercise without pain, and she discovered and connected with the beauty of Pilates’ principles of Movement. She finished the Polestar Pilates Teacher Training Program and obtained the certification from Pilates Method Alliance.

​Erin experienced firsthand the rehabilitative benefits of the Polestar Pilates Principles of Movement. After giving birth to twins and having a Cesarean Section, Erin ruptured 2 discs in her lumbar spine. Her search for rehabilitation professionals led her to the personalized care at Nexus Studio. Due to Erin’s own amazing recovery experience with Pilates and movement emphasized approach at Nexus Studio, she is excited to be a member of the Nexus team to help others to an active lifestyle. 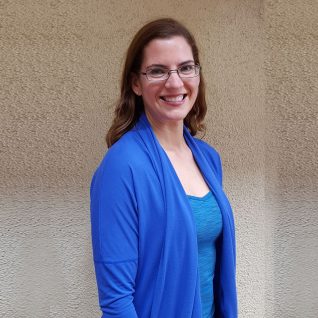 Jen Swanson, PT, DPT, OCS, SCS, CSCS, NCPT is a licensed physical therapist and a Board Certified Specialist in both Sports and Orthopedic Physical Therapy. She is also Certified Strength and Conditioning Specialist and a Nationally Certified Pilates Teacher through Polestar Pilates. She graduated with her Doctorate in Physical Therapy from Duke University in 2004, followed by completion of a Sports Physical Therapy Residency through the University of Pittsburgh/UPMC/CRS in 2006. She has over 17 years of experience as a physical therapist, specializing in returning athletes of all ages back to the sports and activities they love.

Jen was an elite college athlete, as she was a 5x NCAA Track and Field All-American at the University of California, Davis, winning a national championship in the pole vault and competing in the Olympic Trials in 2000. She was later inducted into the Cal Aggie Athletic Hall of Fame. She initially became interested in physical therapy due to several injuries sustained during her sports career and was driven by her passion to help other athletes avoid injury and maximize their performance potential.

Jen worked at Athletes’ Performance for six years, treating athletes from the NFL, NBA, NHL, MLS, Premier League, Olympic Sports, as well as collegiate and youth athletes, among others. She later served as the Director of Sports Performance for the Chicago Bulls and the Team Physical Therapist for the Los Angeles Lakers.

Jen practices a holistic, patient-centered approach to treatment, with a strong emphasis on therapeutic exercise, postural/core stability, functional manual therapy, movement training, and patient education, bridging the gap from rehab to performance. She has achieved certifications in ASTYM, Fascial Stretch Therapy, PRI, Blood Flow Restriction Training, Dry Needling, and Concussion Rehab. She is excited to continue her career at Nexus with other like-minded practitioners, incorporating Pilates-based rehabilitation as a means to perform movement evaluation and restoration, working with the entire body to create an optimal environment for healing and performance training.

In addition to Pilates, Jen enjoys spending time with her friends and family, especially when traveling, at the beach, or in the snow. 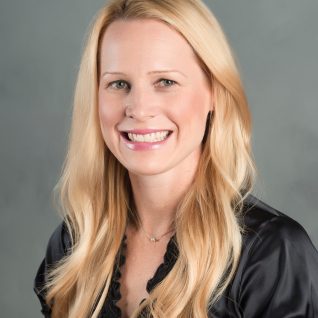 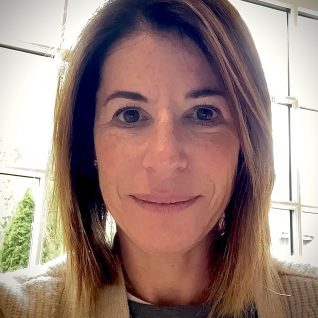 Amanda Curtis grew up in the UK and moved to the Los Angeles in 1996 and lived there for 8 years before moving back to the UK for 10 years. Whilst living in Manchester, UK she studied to become a certified personal trainer and ran her own business teaching clients privately and in small group settings.

She moved back to California in 2014 settling in Palo Alto with her husband, two teenage sons and 2 dogs. After joining a gym and trying a reformer Pilates session it soon became apparent that this was the way forward in her exercise teaching journey. Encouraged by her Pilates instructor Amanda, became certified through Basi Pilates and taught Pilates at Equinox in Palo Alto before moving to Carmel 18 months ago.

Amanda was a substitute Pilates teacher at CVAC whilst settling into life on the Central Coast and is very excited to be working with and learning from Hiromi whilst at the same time enabling clients of Nexus to enjoy the benefits of Pilates.

A Southern California native, Frances has had twenty years experience in sales and marketing, as well as thirteen years in labor relations, retiring in 2013. She and her husband aspired to make the Central Coast their last place of residency. Once he retired in 2019 that began to manifest; their goal to relocate here where they are most grateful for the journey.

As a young girl, Frances was extremely active with competitive sports, such as
gymnastics and basketball. Other sports of interest were tennis, surfing, riding
horses, running, as well as beginning ballet class. These interests prepared her for
living a life of health, wellness and intention, with a strong understanding of faith and loyalty.

After many years of running daily, 5 and 10K’s, an existing injury ultimately ended her desire to run; however, it led Frances to her current and cherished passion today; Pilates! This voyage began in 2017 with Club Pilates. She practiced five to six days a week, making Pilates a life and full body commitment. She devoted herself to learning the mind, body, and soul connections; experiencing the natural strengthening of not only her body but also her mind. The many people that encouraged her are what ultimately drew Frances to Teacher Training in 2019. She completed her Club Pilates Comprehensive program prior to COVID-19, however her certification was delayed as a result. The principles, physiology, and anatomy are what assured her tremendously.

Empowering others to be a part of the Pilates’ community and practice, strengthening their mind, body and soul continues to inspire her. The education of Pilates was intended for Frances’ own edification, not to teach, however, upon completion, her dedication and commitment did not go unnoticed.

At Club Pilates, she began as an apprentice teacher before receiving her certification in October 2020, where she taught until February 2021. In March 2021, Frances was referred to Hiromi Ozawa of Nexus Studio who continues to enrich her to learn; Frances is embracing this opportunity of being mentored by Hiromi Ozawa and working with the exquisite staff at Nexus Studio. 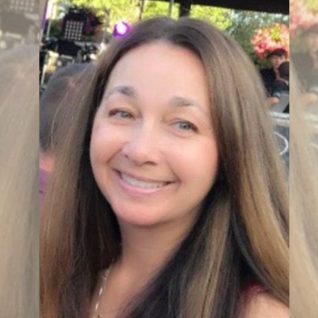 Amanda Leal is a Certified Clinical Medical Assistant with over 10 years’ experience in customer service in which she continues to grow. She started her journey as a service advisor for car dealerships until she decided to venture off and change her career path to enter the medical field.

Being that she has a strong dedication to not only helping others around her and has an understanding of what the quality of life means, Amanda in her words, has been blessed, to be able to not only assist with but make a great team with Nurse Practitioner-BC Mary Bilbro who specializes in Integrative Medicine. Mary and Amanda have been working together for going on 4 years. Amanda’s curiosity in Integrative Medicine, which thrives to heal from within finding the root cause, has led her to be a part of the team at Nexus Studio of Monterey.

Amanda stands by the quote, “Choose a job that you love, and you’ll never have to work a day in your life.” Her bright mind and work ethic speak for themselves. She enjoys traveling, outdoor activities, and spending quality time with family and friends. 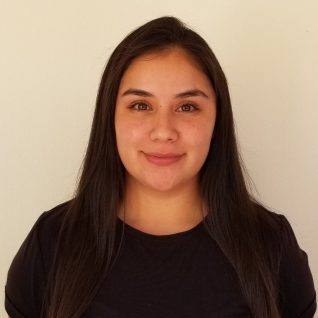 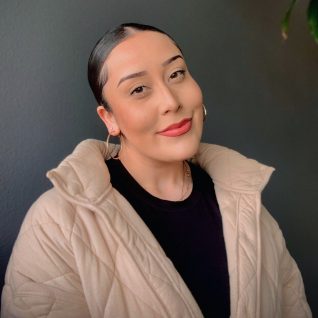 Mary was born and raised in Monterey County, where over the years she fell in love with fitness and the importance of a daily active lifestyle. She has diligently worked in customer service for over seven years, where helping people has become a strong passion of hers. Beginning a career in the medical field has been a promising step in continuing to learn the importance of a healthy lifestyle, while also helping others who are willing to do the same. She strongly stands behind the statement that we should look at our health as an investment rather than an expense.

Mary states that having the opportunity to be part of such an important process at Nexus is more than she could have ever asked for. So, she finally feels like she’s where I’m supposed to be. She wants to be a part of helping people feel better and who are willing to work hard to have an excellent quality of life.